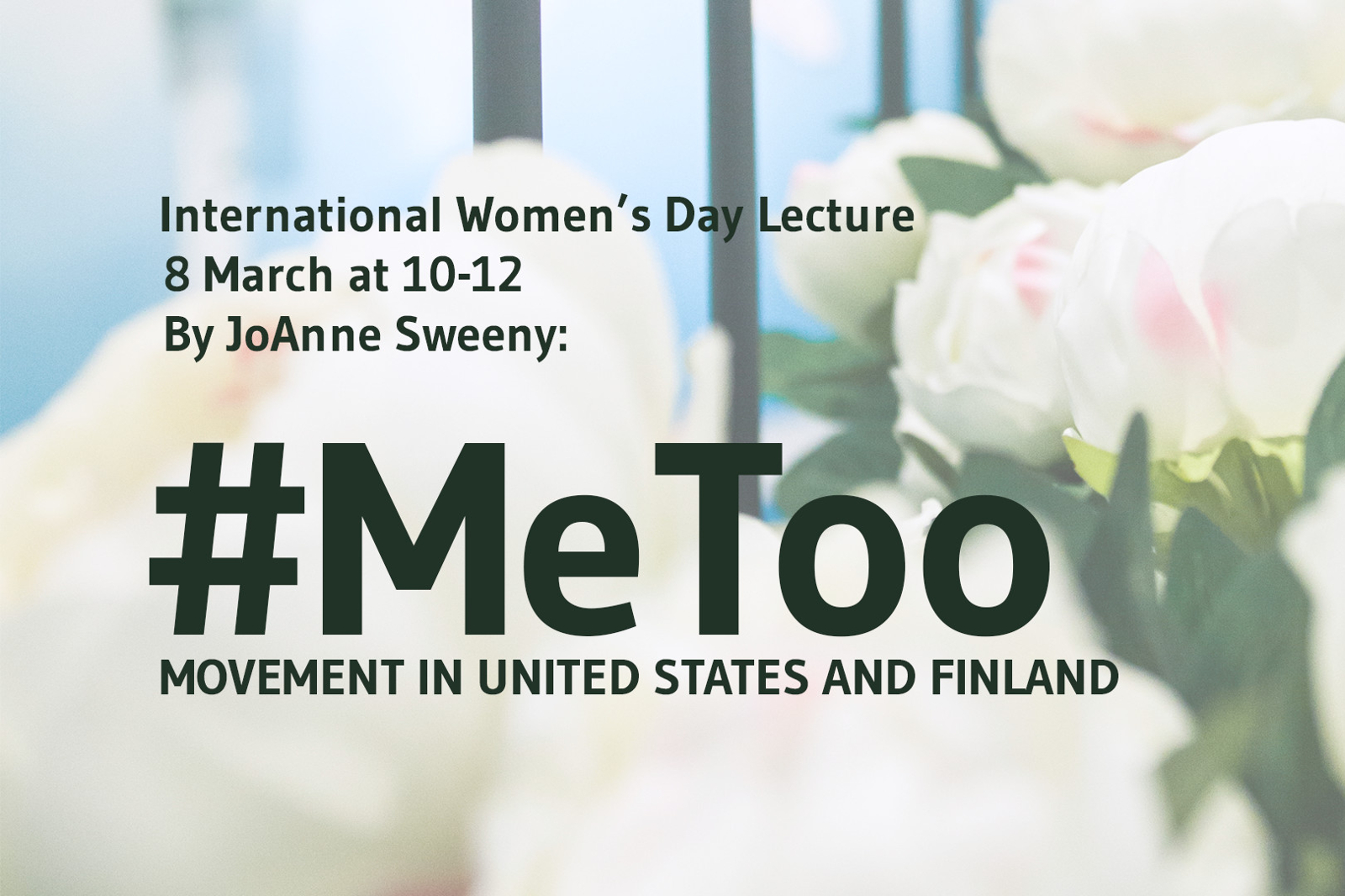 On the International Women’s Day on Friday 8 of March Professor JoAnne Sweeny from the University of Louisville from the United States will give the public lecture in Arktikum house in Rovaniemi on #MeToo movement. The lecture is hosted by the Northern Institute for Environmental and Minority Law (NIEM), which is part of the Arctic Centre at the University of Lapland.

The presentation focuses on the two #MeToo movements that have recently taken place in the United States and Finland. The #MeToo movement in the United States has caused women around the country to disclose their stories of sexual assault and harassment, sometimes with lasting negative effects for their alleged harassers. Finland has the #lääppijä (“groper”) movement, which took root in response to the Finnish deputy chief of police in Helsinki stating that sexual harassment does not happen in Finland.

#MeToo movements give women a space to tell their stories and be believed, and they arise in countries where women are silenced or met with indifference by those in power (typically, men). This presentation will examine the history, cultures and laws of the United States and Finland and will analyze why both countries have needed a #MeToo movement and how each country has responded to their #MeToo movements.

Free entry to the lecture. Welcome!