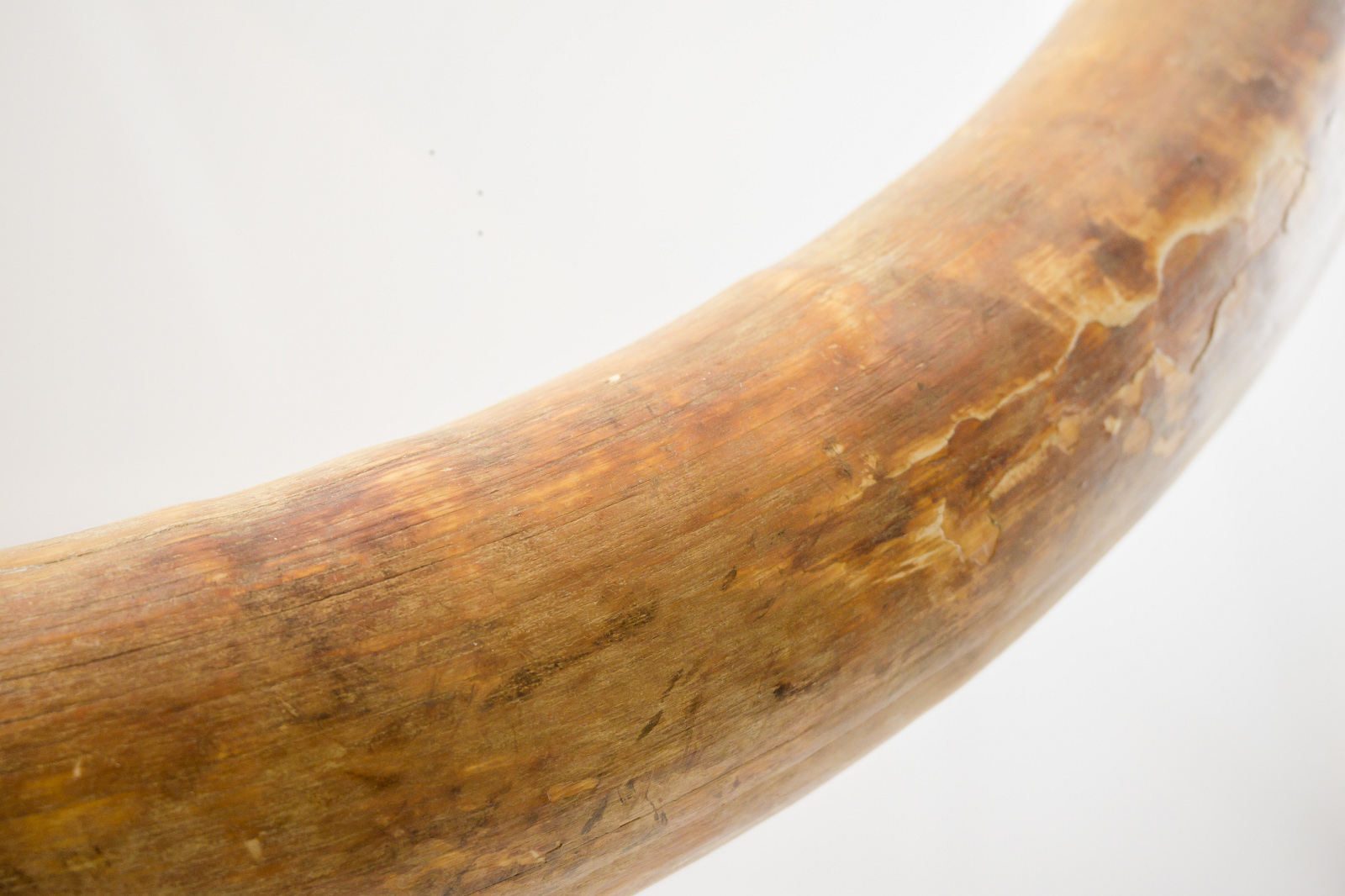 The last habitats of the extinct mammoths were in Siberia. Remains of the mammoth are still found in Siberia, preserved in the permafrost for tens of thousands of years. The frozen ground is like a grand freezer.

– The tusk in the exhibition is also a bit hidden, like under the ice, describes exhibition designer Anna Hyvönen.

The tusk has been confiscated, and it was donated to the Arctic Centre by the Finnish National Board of Customs in 1993.

Several indigenous peoples in Siberia have believed that the mammoth lived under the ground but died if they accidentally came to the surface. This explained why no one saw mammoths alive for thousands of years.

– The word mammoth originates from the indigenous peoples of Siberia, and it refers to a horn found from the ground, tells science communicator Marjo Laukkanen.

The confiscated tusk of a woolly mammoth weighs about 45 kilos. Photo: Santeri Happonen

Arktikum is a science centre and museum that lets you experience northern nature, culture, and history up close.

Discover Finnish Lapland, its fascinating nature, and the people and customs of those living north of the Arctic Circle.

Take part in our wide variety of organized festivals, seminars, gatherings, and meetings.

Taste and feel the north in Arktikum Café. Savour the colourful northern harvest in our lunch buffet and soak in arctic design on your coffee break.

Find out what northern goodness our seasonal buffet has to offer this week.

Delight yourself or your friends with high-quality Lappish handicrafts, design products, jewellery and books.

Arktikum's stunning architecture and close proximity to northern nature raises any event held there above and beyond everyday life.

Our catering service refreshes meetings, events and parties of all sizes in Arktikum.

Arktikum Beach is an excellent place to view the northern lights blazing across the sky during the dark times of the year.